Bob was co-owned and loved by Robert LaCroix and Nathalie Clement of Malysse Springers and English Cockers.

Luckily we all got to be a part of Joe Black's career but his heart and Bob's beat as one. Anyone who saw the two together could see their special bond. I was fortunate that I was able to hold his leash a few times that Bob let me.

Among the special moments in Joe's career:

Joe finished his Canadian Championship in 3 shows including a Group First as a puppy. He had a total of 3 Best Puppy In Shows. He finished his CD in one weekend as well.

2001- Joe finished as the # 8 Springer with very limited showing.

2002- Joe was the # 3 Springer in Canada, visited the US 3 times where he achieved both his majors and 13 points. He earned his first Best In Show

2003- Joe is the Number One Springer In Canada, Top Ten Sporting Dog. He has 5 more Best In Shows including one during the ESSCC Nationals and another under Australian Breeder Judge Stephanie Rickard.

2004- Joe is semi retired but wins the 2004 ESSCC Nationals in Calgary under Dr. Göran Bodegård of Sweden along with a BOS at the Wild Rose English Springer Spaniel Specialty making him the # 5 Springer that year.

Joe's totals include 6 All Breed Best In Shows

Joe also was used in several breeders plans. His offspring include:

Am Gr Ch/Can Ch. Bryden's I Have A Dream "Bobbie" co-owned with Lori DiLorenzo

BIS Ch. KAS Black Pearl bred by Steve and Kelly Dainard and co-owned with Lyn Wat # 1 Springer in Canada 2014 and 2015

Joe did make an appearance at the 2008 ESSCC Nationals

along side Geri to win Best In Veteran Sweepstakes 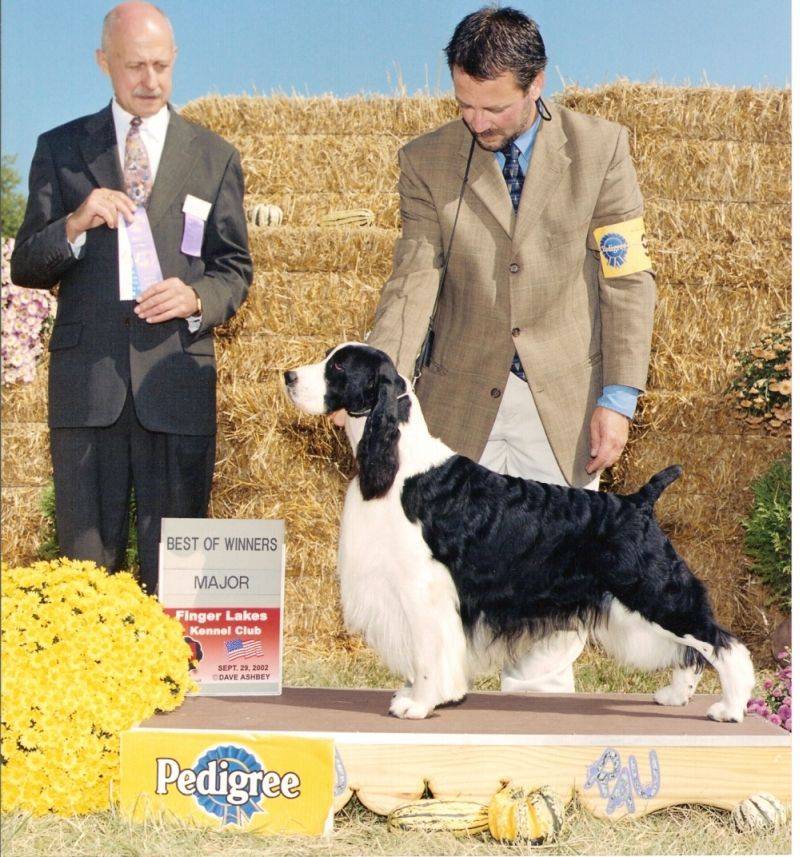 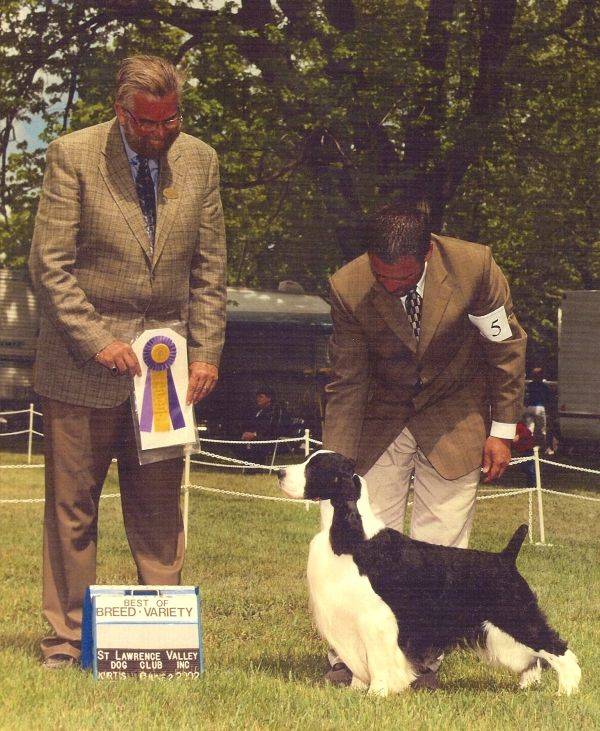 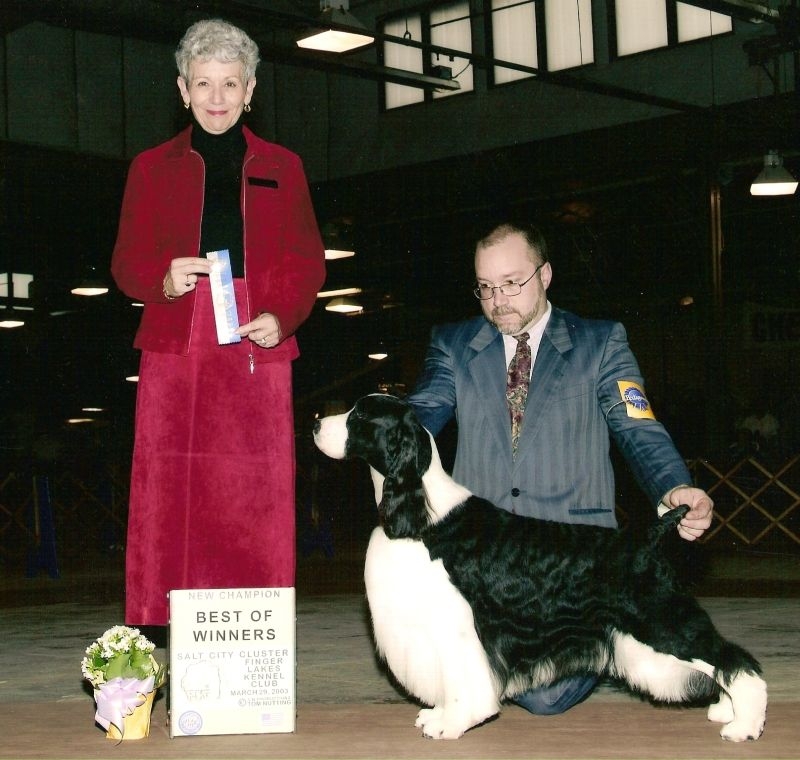 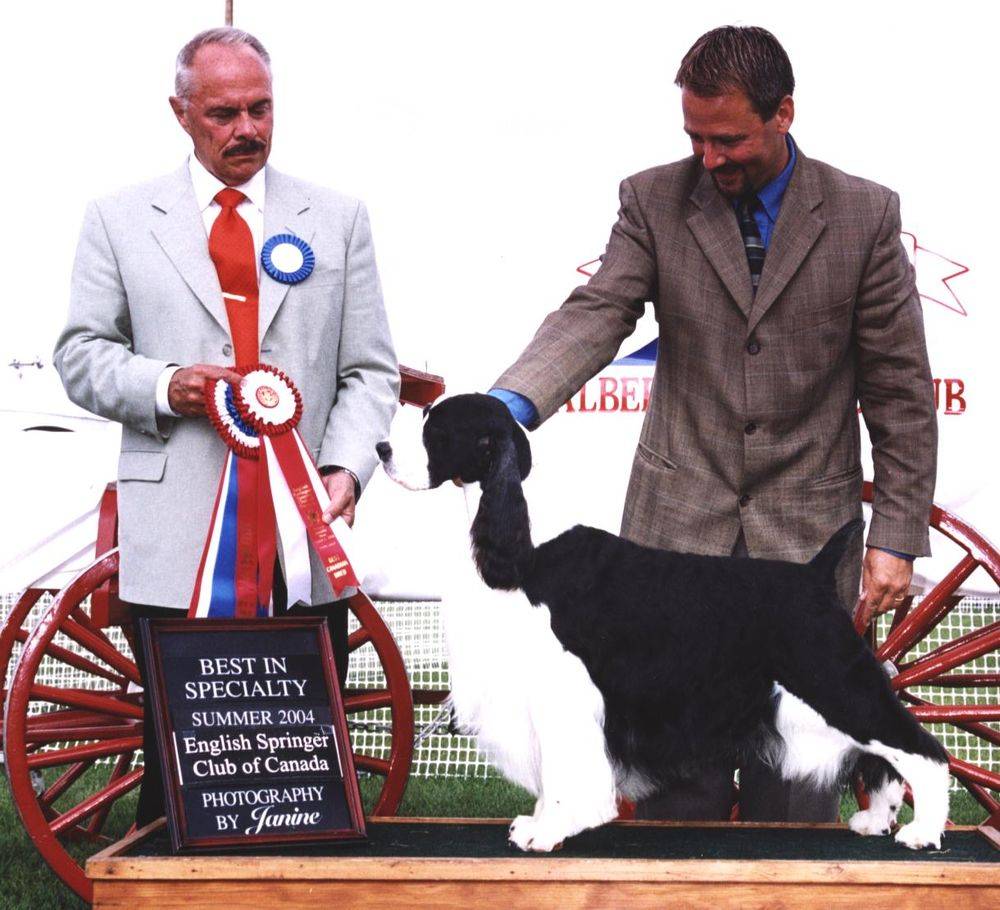 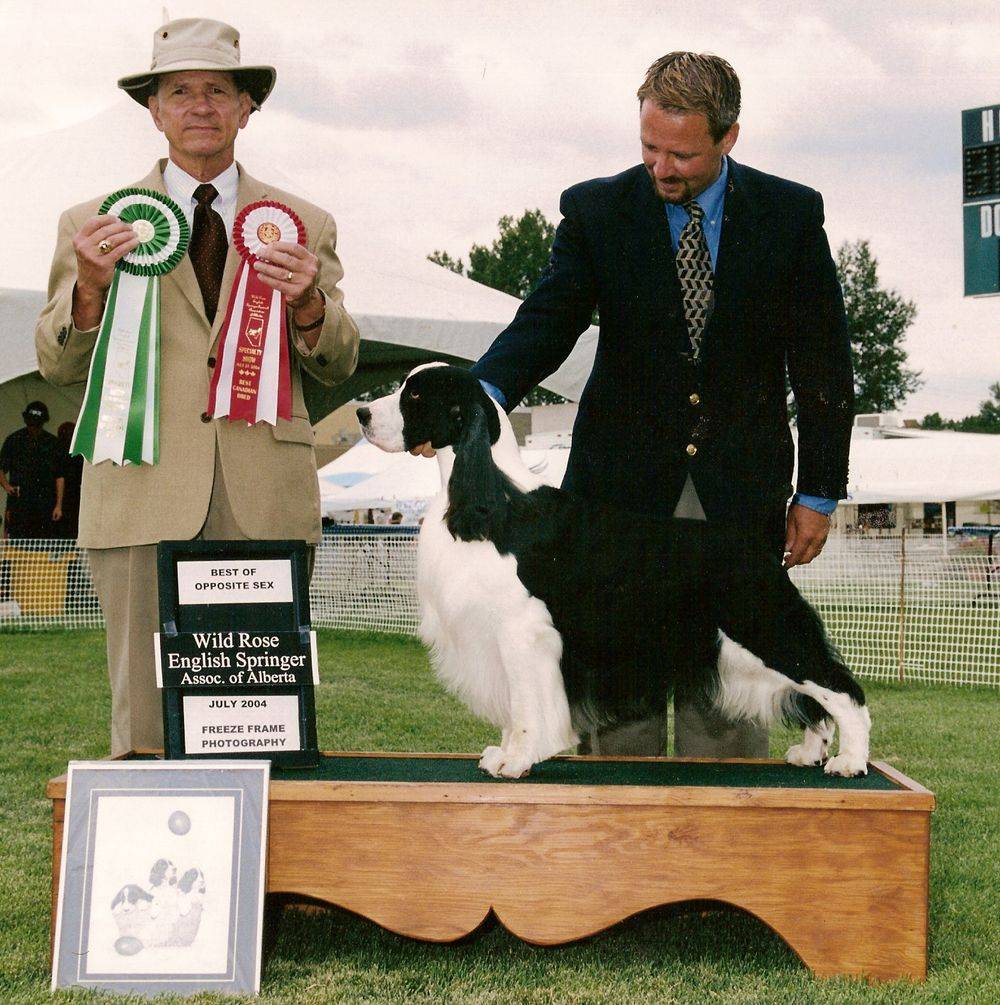 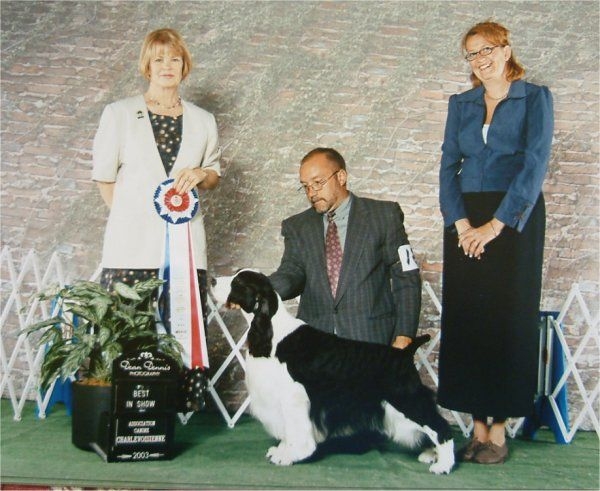 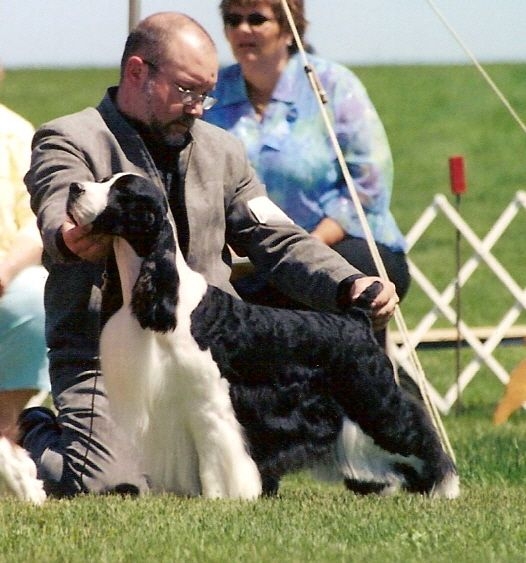 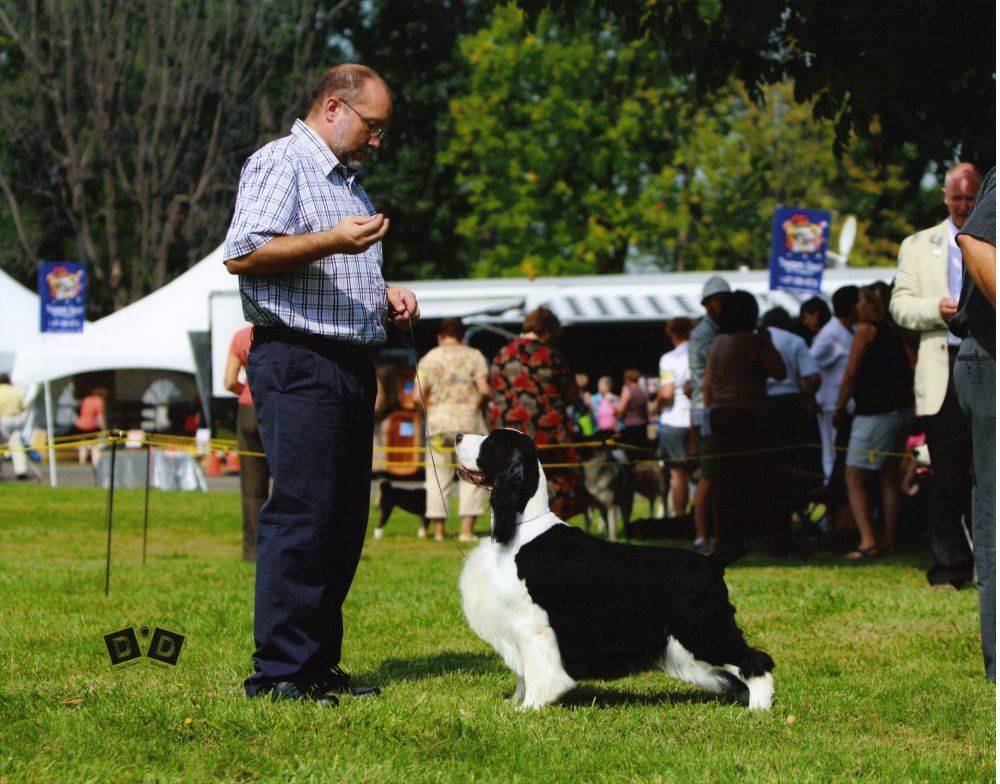 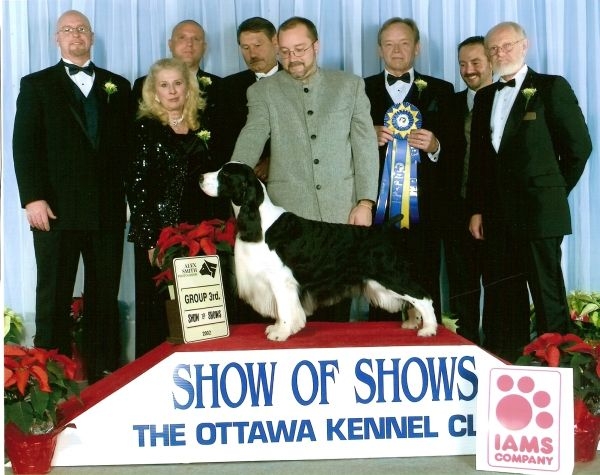 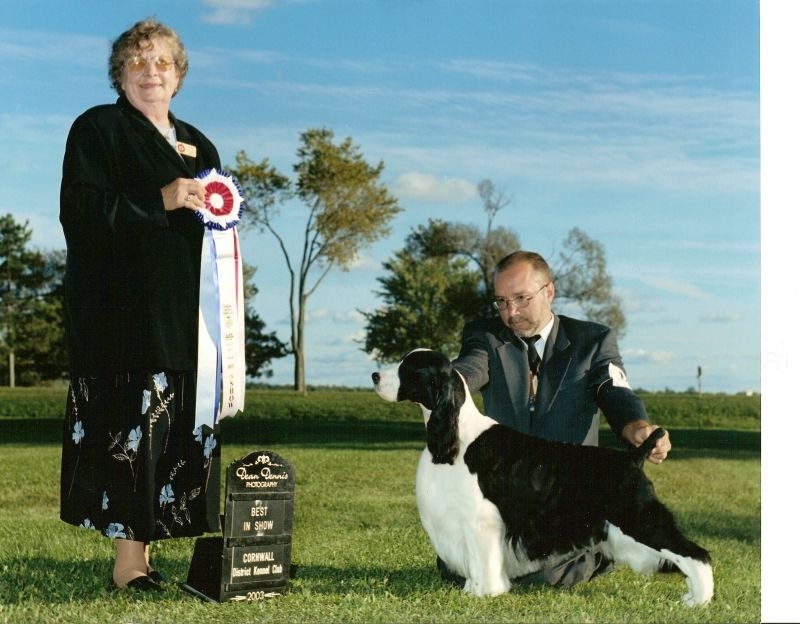 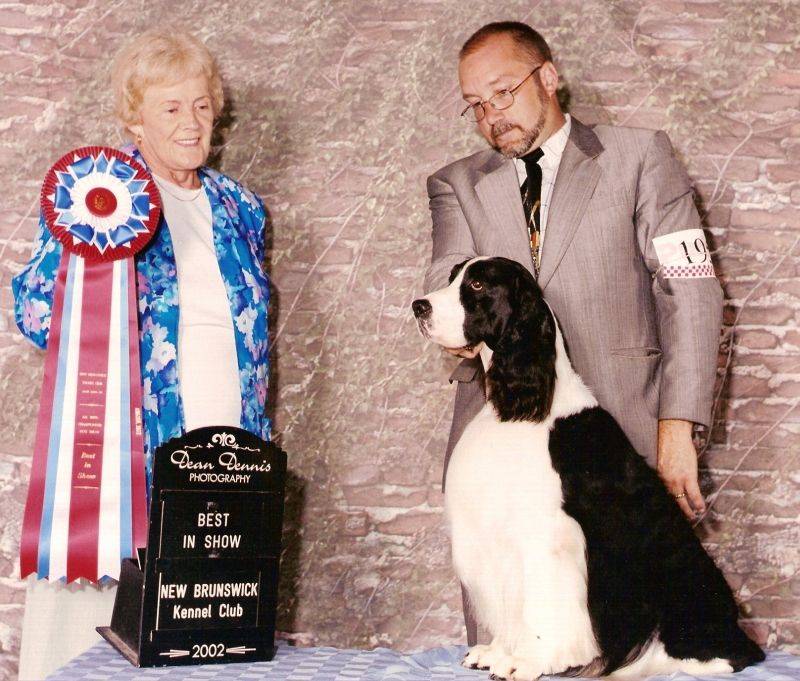 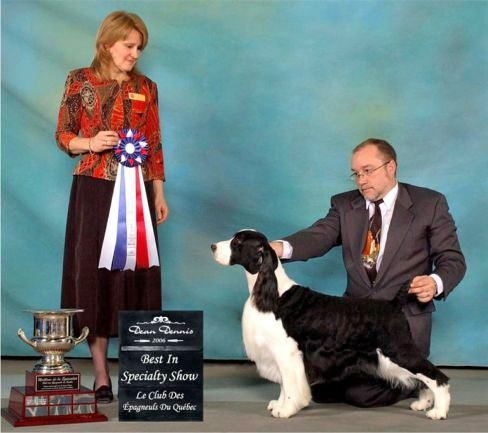 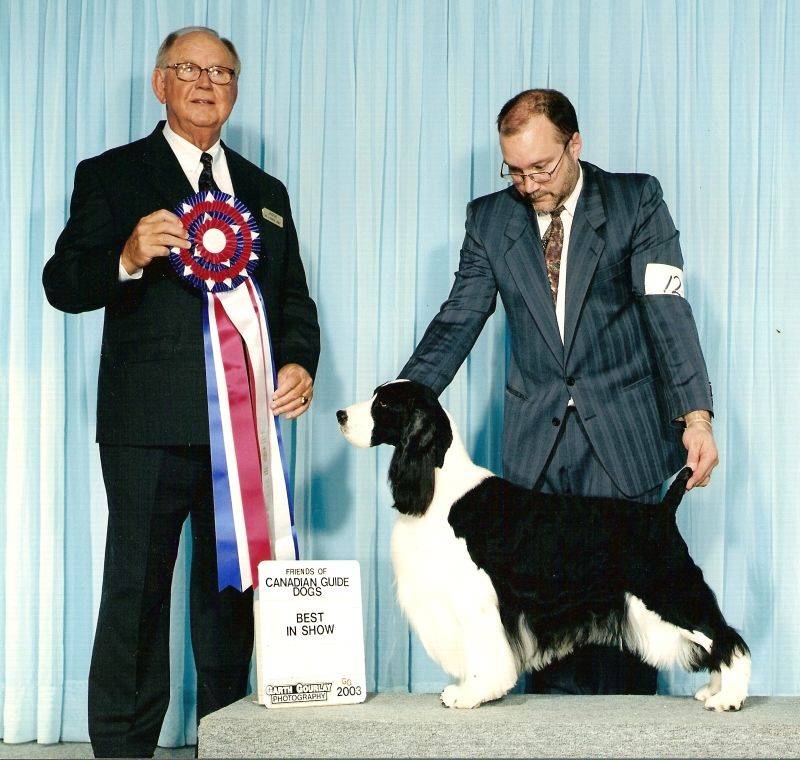 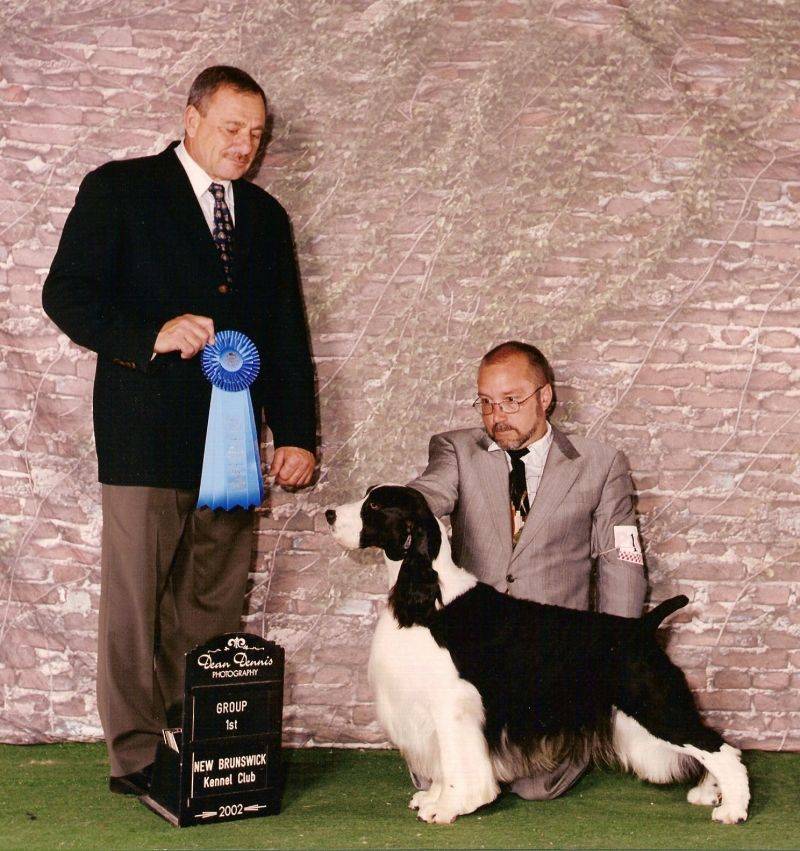 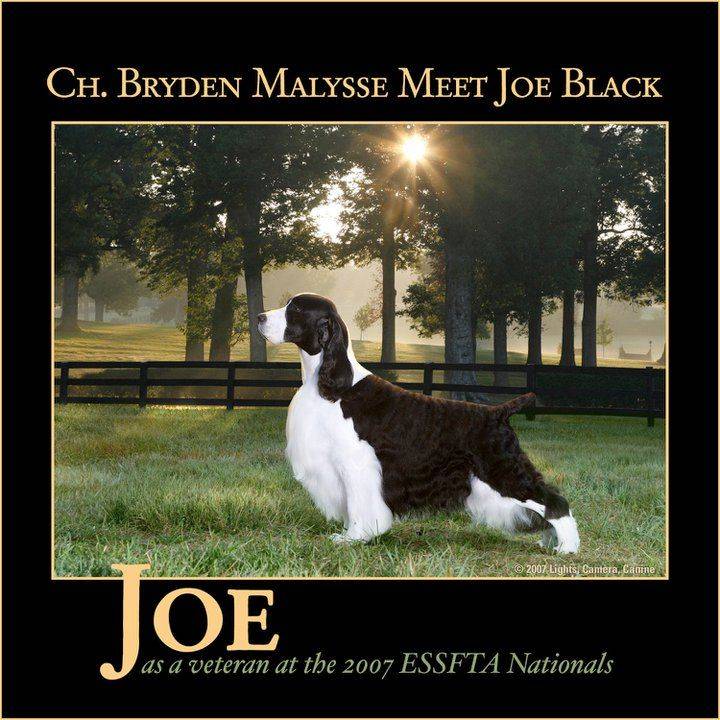